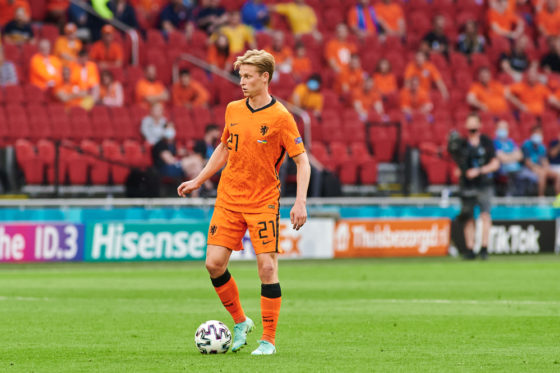 Midfielder Frenkie de Jong has the highest transfer value of any Dutch football player at the moment, with an estimated worth of €112.5 million, according to research group CIES Football Observatory.

The Barcelona player is ranked seventh in the world, in terms of his age, the length of his contract and his performance on the pitch and is the second most ‘expensive’ player at the Catalan club.

Barcelona is in financial difficulty and will have to sell some players this summer but as yet it is unclear if De Jong will be among them. Erik ten Hag at Manchester United is reported to have his former Ajax junior at the top of his wish list.

Other Dutch players in the top 100 include Dortmund striker Donyell Malen at €66.7 million and Matthijs de Ligt on €63.2 million. Ajax’ Brazilian striker Antony Santos is the only Eredivisie player on the list, with a transfer value of €51.2 million.

Top of the ranking is Paris Saint Germain’s Kylian Mbappé who has just signed for a further three years at the club and is valued at €205.6 million.