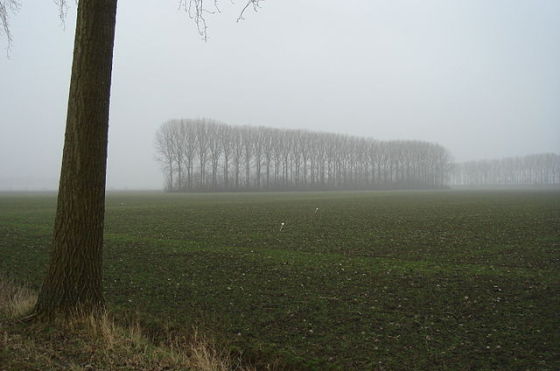 A parcel of reclaimed land in Zeeland can now be flooded again as part of a project to restore wetlands in the Westerschelde estuary, nature minister Christianne van der Wal confirmed on Monday.

Checks on pollution levels in the soil, particularly toxic PFAS, do show increased levels but not enough to threaten a breach to permitted levels in ground water, the minister said.

This means work can now resume on removing the sea dyke around the Hedwigepolder area, so that the estuary waters can return to the land by the end of September or early October, the minister said. The land was first reclaimed from the sea in 1907.

A 10 year legal battle over the land, the size of 350 football pitches came to an end in 2018 when the Supreme Court agreed it could be flooded after all.

The decision to flood the polder was first taken in 2005 as part of an agreement between the Netherlands and Belgium to deepen the Westerschelde estuary, allowing bigger ships to reach Antwerp port.

The polder was to be flooded to compensate for the loss of wildlife habitats when the estuary was dredged out, despite widespread opposition.

Locals have campaigned furiously against the plan, arguing that there were sufficient alternatives and that there are doubts about the sort of tidal mudflats which will develop once the farmland is under water.

PFAS are toxic chemicals used in a wide range of manufacturing processes, from pizza boxes to non-stick frying pans, and which do not break down naturally. Linked to several types of cancer and other health problems, they are found in water, in soil, plants and wildlife.

The public health institute RIVM said last month month that people who go fishing as a hobby to sharply reduce their consumption of fish, shrimp, oysters and mussels caught in the Westerschelde estuary because of chemical pollution.