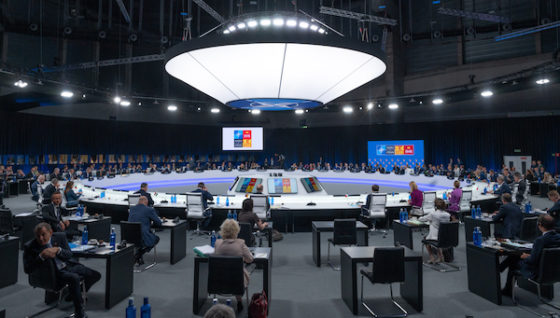 It is extremely important that EU member states which are close to Russia are bolstered by Nato, prime minister Mark Rutte said on Wednesday, during the Nato summit in Madrid.

As at the end of the Cold War, experience shows that you can avoid war by being strong, Rutte said, and the summit is allowing Nato to show that ‘it is back’.

At this #NATOSummit we’re showing once again that we’re united in resisting Russian aggression. Also on the agenda is the new Strategic Concept. This robust plan will enable NATO to meet the global challenges facing us now and in the near future. pic.twitter.com/4dLn63bMKu

The prime minister also welcomed the news that Nato is to be expanded by Sweden and Finland which is ‘one of the high points’ of the gathering, he said.

The aim of the summit is to take key decisions to transform the alliance, including a new ‘strategic concept’ or ‘blueprint to take Nato into the future in a more competitive and dangerous world’.

This, said secretary general Jens Stoltenberg, means a ‘fundamental shift in Nato’s deterrence and defence, as well as strong support for Ukraine over the longer term, and even closer cooperation with partners.’

On Tuesday, defence minister Kajsa Ollongren confirmed that the Netherlands is to send three more tanks, including ammunition, to Ukraine, alongside Germany which is sending a similar number.