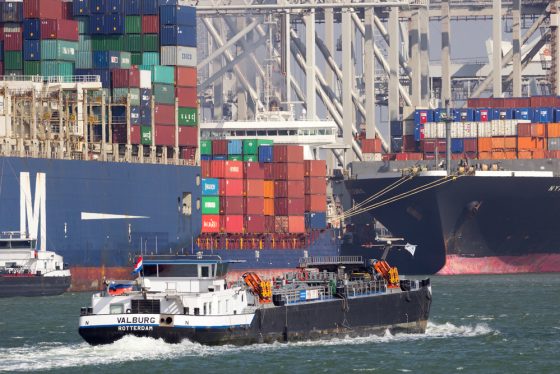 Plans to spend €10 million a year protecting vulnerable businesses from organised crime have been dismissed as ‘peanuts’ by Rotterdam’s mayor Ahmed Aboutaleb.

Justice minister Dilan Yesilgöz said the funding would support farmers who are approached by criminals who want to set up drugs labs on their land, port officials who are susceptible to bribery and other entrepreneurs who are put under pressure to do deals with the underworld.

Aboutaleb, whose city is a major gateway for drug traffickers, said he welcomed the government’s efforts to try to stop criminals infiltrating legitimate businesses, but the amount involved was far too little to make a difference.

‘In Colombia alone they put €215 billion into dealing with this mess,’ he said. ‘€10 million is a fantastic gesture, but it’s nothing more than a gesture.’

The mayor said more concrete measures were needed such as checking every container that passes through the port. ‘If we don’t do that, we have to accept we’ll be ankle-deep in cocaine for years to come.’

Yesilgöz acknowledged that the government was unable to match the resources of the international drug trade, but insisted that the investment could make a difference. ‘We have never invested so much in the fight against drugs, but it’s still as fraction of what the criminals earn. So we need to use our money wisely.’

One in five farmers has been approached by criminals looking to store illegal wares in empty sheds and stores, according to agricultural organisation ZLTO, which has set up a confidential liaison service where landowners can report their concerns.

Manager Hendrik Hoeksema said he believed farmers were more likely to use a confidential service than speak to the police. ‘The willingness to report crime is low. They don’t see many police in rural areas because of cutbacks.’