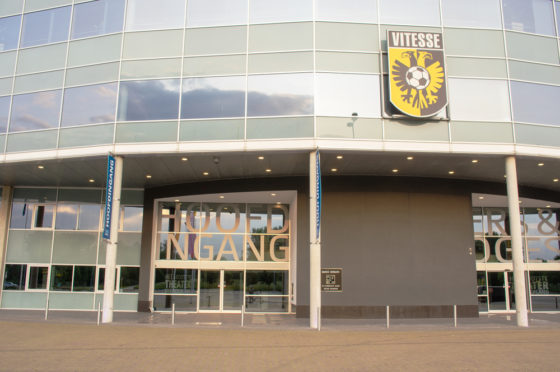 The Gelredome will host at least one more European tie this season. Photo: Depositphotos

Vitesse Arnhem’s place in the knockout stages of the UEFA Conference League has been confirmed after UEFA ruled Tottenham had forfeited their final group game.

The English side cancelled their home match against Rennes on December 9 at the last minute because of an outbreak of coronavirus in the squad.

After Spurs were unable to rearrange the game before UEFA’s cut-off date of December 31, the governing body ruled that they had forfeited the match and awarded Rennes a 3-0 victory.

The French side had already won Group G to progress straight to the last 16 of the competition, while Vitesse now face Rapid Vienna in the knock-out round.

If they beat the Austrian side they will join Feyenoord and AZ Alkmaar in the last 16, while PSV Eindhoven are playing Maccabi Tel Aviv in the knockout round after they dropped down from the Europa League.

With Ajax in the last 16 of the Champions League, it is the first season since 2005 that five Dutch clubs have been in European action after Christmas.