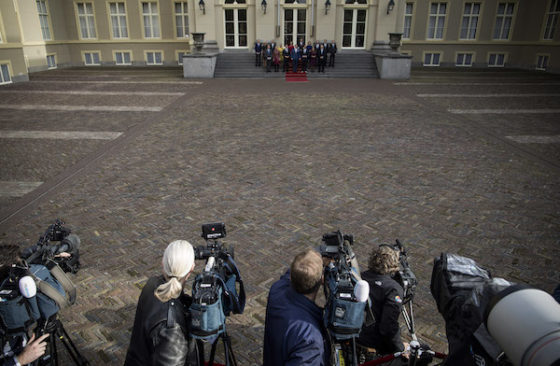 The new cabinet will be presented to the public on January 10 in the traditional photograph with the king, and prime minister Mark Rutte will start his formal talks with potential ministers on Monday, Dutch media said on Thursday morning.

Ministers are members of the cabinet, junior ministers or staatssecretarissen are not.

The line-up includes a number of new jobs. The VVD will appoint a specialist minister for nature and nitrogen, while D66 will choose a minister for climate and energy and a junior minister for customs and benefits. ChristenUnie get the new post of minister for poverty policy, participation and pensions, while the CDA get the new role of housing.

Foreign affairs goes to the CDA, while the junior minister for foreign trade will be a VVD appointee. Finance, health and defence go to D66 – confirming rumours that Hugo de Jonge will not remain in the post, while the CDA get home affairs.

The new minister for infrastructure will also be from the VVD.

Speculation is already mounting about who will get which job. According to RTL Nieuws, D66 leader Sigrid Kaag is likely to get finance while Kajsa Ollongren, the current home affairs minister, may move to defence.

Adriaansens is currently a senator and director of consultancy TwynstraGudde. He is tipped for economic affairs.

Lawyer Christophe van der Maat (41) who is a Noord Brabant provincial councillor on behalf of the VVD, is set to be junior defence minister.

RTL also says that agriculture minister Carola Schouten will move over to be the new minister of poverty strategy, participation and pensions. She will also be deputy prime minister.