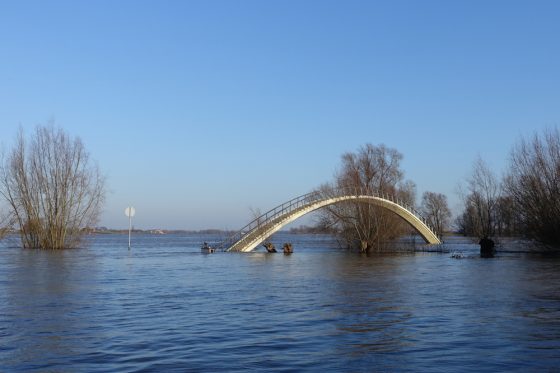 Some 69% of Dutch people are worried about the effects of global warming while only 11% think the COP26 climate summit will yield concrete results, an Ipsos survey commissioned by broadcaster NOS has shown.

The survey was held to coincide with the start of the conference in Glasgow on Monday and which will have to come up with ways of keeping global temperature from rising by no more than 1.5C above pre-industrial levels.

Seven in 10 respondents said international conferences on how to achieve climate goals were a good thing, but only 11% believe substantial action will be taken as a result.

Those fears were echoed by environmental organisations who said a joint statement by G20 leaders following last week’s summit in Rome, which did not include a pledge to achieve net zero carbon emissions by 2050, was ‘lacking ambition and vision’.

‘If the G20 was a dress rehearsal for Cop26, then world leaders fluffed their lines,’ Greenpeace executive director Jennifer Morgan told the Guardian.

Over half (58%) of the respondents said they believe it is not too late to turn the tide of global warming, while some 15% said the world had passed the point of no return.

Four in 10 (43%) think the government is not doing enough to combat climate change, particularly young people between 18 and 34. At the same time over half do not want to pay for climate improvement by raising taxes on products such as meat. However, a tax on flying proved relatively popular, with some 45% of the respondents backing the idea.

Only a quarter of respondents think the next government will do more to achieve climate goals.

The Dutch are divided on the issue of reducing the livestock herd to limit nitrogen emissions. Some 35% said they opposed such a measure, which is supported by coalition partner D66 but not by current caretaker farm minister Carola Schouten (CDA). Slightly fewer respondents, 32%, support the proposal.

Forced buyouts of farmers are unacceptable to over half of respondents, uniting both left-wing and right-wing voters.