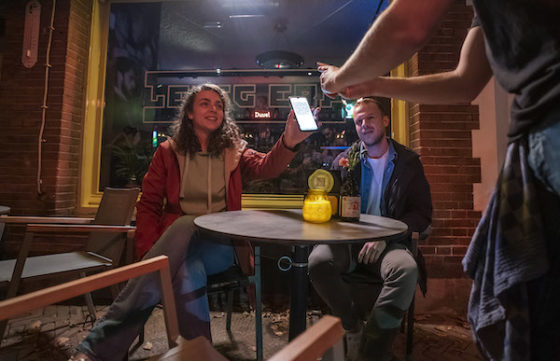 The Netherlands brought back face masks in public buildings and shops, and expanded the use of the coronavirus pass system, on Saturday and most people seemed to accept the change without protest, according to Dutch media reports.

The Financieele Dagblad went to Utrecht, where last week the owners of the Vechtsebanen ice rink said they would close in protest at the introduction of tougher measures.

But shoppers in general had no problem using masks again and while shop assistants said they had difficulty telling people to use a mask, there was widespread acceptance of the need to take action, the paper said.

The introduction of coronavirus passes to visit museums did not stop tens of thousands of people turning out to celebrate Museum Night on Saturday either.

In Amsterdam, it was so busy that some people who had bought tickets were unable to visit any of the events which had been organized and the queues were so long in places that there was a 10pm cut-off for entry.

In particular, the midnight closing time due to the coronavirus restrictions had an impact on visitor numbers, while checking coronavirus passes also added to the queues, the organisers told the Parool.

The club had brought in a student from the local college to check the passes of the over-18s heading for the clubhouse. He will be paid via a government fund set up to fund the extra checks.

‘I’m following the new rules as I should,’ one mother from Barendrecht told the paper. ‘But I don’t believe in them anymore.’

‘I understand that the government is trying to prevent polarisation but it is too late for that,’ another mother said. ‘We will have to deny the unvaccinated access to some parts of society. It is to be regretted, she said ‘but they only have themselves to blame.’

On Sunday, some 20,000 people took part in a demonstration against the tougher measures in The Hague.