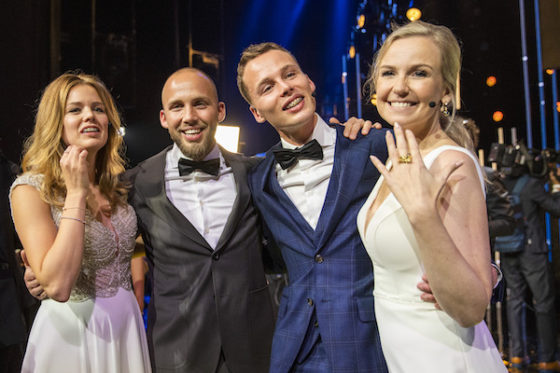 The documentary series The Children of Ruinerwold by Jessica Villerius has been voted the best television programme of 2021.

It is the first time, the Golden Televizier Ring, a prize based on a public vote, has been given to a documentary maker.

The documentary tells the story of the four eldest children in the family kept in isolation by their father Gerrit Jan D at a farm in the Drente village of Ruinerwold.

The family were discovered two years ago when one of the sons ventured out to a nearby bar to ask for help.

Police arrested the father for holding his six younger children virtual prisoners and the sexual abuse of two of them. He was found unfit to stand trial because of a stroke he had suffered earlier. Van D now lives with his youngest son and four of his sisters who came out in support for him.

Documentary maker Jessica Villerius met the children in 2019 and filmed them over a period of 18 months.

The series is an intimate, true crime drama which does not exploit its protagonists, media expert Dan Hasser-Forest told broadcaster NOS. ‘This has been done in a respectful way, with enough space for the children to tell in their own words what happened to them.’

The older children themselves were also present at the award ceremony.  ‘That shows the public they are doing well. Viewers like a happy ending,’ Hassler-Forest said.

One of the children, Edino, appearing on talkshow Op1, said participating in the documentary had felt like ‘a new beginning’. ‘No matter what you have been through in your life you should be open about it and never be ashamed,’ he said.

He added that he regretted the absence of his other siblings. ‘I would have liked all nine of us to be here. But everyone makes their own decision about being in the public eye or not. The prize is for us all, I think.’