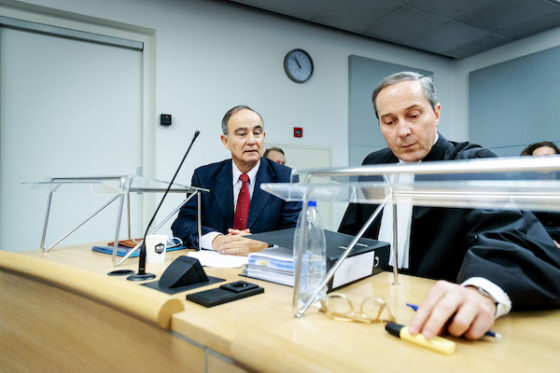 The Dutch government will pay compensation to former pilot Julio Poch who spent eight years in an Argentine jail before being found not guilty of involvement with junta death flights.

Poch, who always denied any involvement and was arrested in Spain on his last flight  after a tip off by the Dutch authorities, will be paid €200 for each day he was in jail, according to his lawyer Geert-Jan Knoops.

That brings the total compensation package to almost €600,000 plus legal expenses, Knoops said.

Justice minister Ferd Grapperhaus told MPs during a debate on the issue on Tuesday that he would pay compensation to Poch, at double the usual rate because his incarceration was abroad. He did not go into the figures.

Poch, who has Dutch nationality, was suspected by Argentinean authorities of carrying out death flights during the dictatorship. He was arrested in September 2009 while about to make his final flight for Transavia, where he had worked since 2003.

There is no extradition treaty between the Netherlands and Argentina and the Dutch authorities had tipped off both Spain and Argentina as to his whereabouts prior to his arrest.

In 2017, after eight years in prison, Poch was found not guilty for lack of evidence.

Knoops said that the compensation offer is a step in the right direction and that he first had to study it properly. Poch values the gesture, Knoops said.

‘We would like nothing better than to draw the line under this case,’ Knoops said.’Poch will be 70 next February and has been busy with this drama for 11 years. He has to pay his debts and get on with his life.’

Earlier, a special commission concluded that the Dutch state had not acted wrongly in the case.