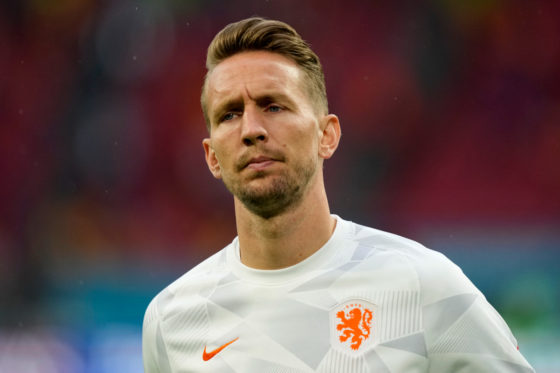 Former PSV striker Luuk de Jong has joined Barcelona for the rest of the season on loan in a transfer deadline day deal.

The 31-year-old joins compatriots Memphis Depay and Frenkie de Jong at the Catalan club, managed by Ronald Koeman. De Jong has been hired from Sevilla as cover for Antoine Griezmann, who has been loaned out to his former club Atletico Madrid.

De Jong was unable to establish himself as a first-team choice during his two seasons at Sevilla, following five successful years at PSV where he scored 204 goals in 112 appearances.

The clubs did not publicly confirm the move until more than three hours until the transfer window closed at midnight on Tuesday.

Other final-day deals included the completion of Giorgios Giakoumakis’s long-awaited transfer to Celtic for €2.5 million. The Greek striker notched up 26 goals for VVV Venlo last season despite his club’s relegation.

PSV sold 19-year-old striker Mo Ihattaren to Juventus in a deal that will see him play on loan for another Serie A side, Sampdoria, in his first season. It follows a difficult year in Eindhoven for the midfielder, who was frequently left out of the side by Roger Schmidt.

‘Circumstances have prevented Mo from achieving what he is clearly capable of with his footballing ability,’ said director of football John de Jong on the club’s website. ‘We are pleased he has completed this transfer and hope he manages to realise his potential in Italy.’

Feyenoord signed two forwards, Reiss Nelson from Arsenal and Cyriel Dessers from Genk, on loan and sold defender Ridgeciano Haps to Venezia for a rumoured €500,000 – far less than the €6 million they paid AZ Alkmaar for his services in 2017.

Two much-touted moves failed to materialise: Argentinian defender Nicolás Tagliafico will be staying at Ajax after a deal with West Ham United fell through, while AZ Alkmaar were unwilling to meet Heerenveen’s €8 million valuation for attacking midfielder Joey Veerman.