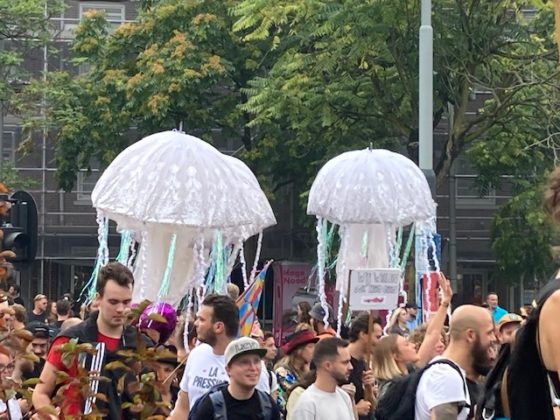 Tens of thousands of people across several Dutch cities took part in demonstrations on Saturday, calling on the government to reopen clubs and allow festivals and other events to take place.

In Amsterdam, city officials put the number of demonstrators at around 35,000, and during the afternoon, the council called on people to stop coming to the Westerpark, where the march started.

The route was busy, with thousands of people spontaneously joining in and dancing, as the march crossed the city, led by trucks blasting out music and smoke.

Elsewhere in the country, thousands of people joined in the parades. Officials put the the total in Maastricht at 10,000 while at least 5,000 took part in The Hague, which hosted a combined protest with Rotterdam. There were also protests in Utrecht, Eindhoven, Groningen, Nijmegen, Tilburg and Leiden.

‘After today, we can no longer be ignored,’ one of the Umute Us organisers said. ‘The first Unmute Us protest [last month] did not get a reaction from The Hague, but if politicians remain silent now, they have completely lost all sense of reality.’

Clubs are still closed because of the coronavirus risk and festivals with more than 750 people have been banned.

But campaigners say the fact that the Grand Prix was able to go ahead with 70,000 visitors a day on each of three days, shows that the club scene is being unfairly treated. Others point to semi-full football stadiums during competition matches as a further sign of the double standards.

Prime minister Mark Rutte is due to announce what coronavirus measures will be in force into the autumn at a special press conference on Tuesday.