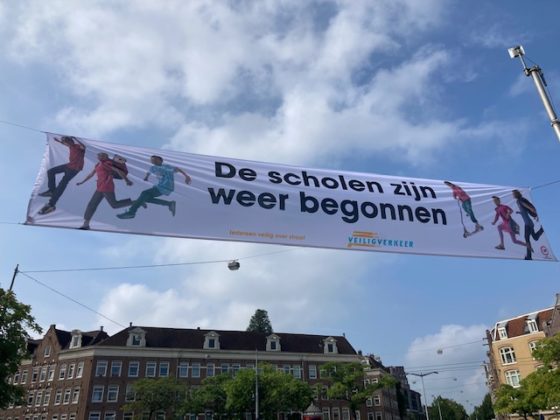 At least five vocational school groups will carry on giving online teaching, despite the government recommending a return to the classroom.

The Volkskrant reports on Monday that schools including Albeda in Rijnmond have already decided to give lessons partly online to its 21,000 students. They are joined by MBO Utrecht, the Graafschap College in Doetinchem, the ROC A12 in Ede and Deltion College in Zwolle, which together have another 39,000 students, according to the paper.

Although the government intends to drop the 1.5m distance rule and a majority of parliamentarians want secondary schools only to offer online teaching for ‘urgent circumstances and rare exceptions’, these institutions apparently believe that a ‘hybrid’ learning model has great advantages and will free up staff to give lessons in smaller groups too.

‘Anyone who says that digitalisation will not have an important role in the education of the future hasn’t been looking carefully,’ board chairman of Albeda, Ron Kooren, told the Volkskrant.

However, some of the teachers were reportedly keen to return to the classroom, while a recent student survey by association Jongeren Organisatie Beroepsonderwijs (JOB) found that many students had suffered various problems during the online teaching period, and 60% of respondents preferred to study non-practical subjects in person too.

Socialist Party MP Peter Kwint reportedly told the Volkskrant that massive funds to help students catch up after the pandemic year demonstrate that in-person teaching is necessary. ‘We are not investing billions in catch-up programmes because children have fallen behind in their education for nothing,’ he reportedly said. ‘If online education worked so well, this wouldn’t be necessary.’