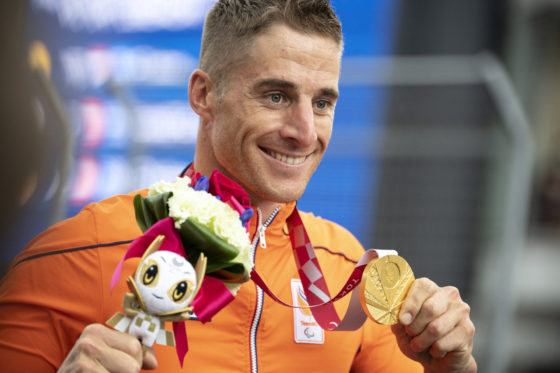 Dutch athletes have claimed another seven medals, including four golds, on the seventh day of the Tokyo Paralympics.

There was also success on the athletics track as Marlène van Gansewinkel and Kimberley Alkemade won gold and bronze in the T64 women’s 200m. It was the second medal of the games for Van Gansewinkel, who set a Paralympic record of 26.22 seconds to boot, following her bronze in the long jump on Saturday.

Niels Vink narrowly missed out on a place in the men’s quad wheelchair tennis final, losing in three sets to the Australian number one seed Dylan Alcott.

The Netherlands is currently seventh in the medal table, with 14 golds, nine silvers and nine bronzes.