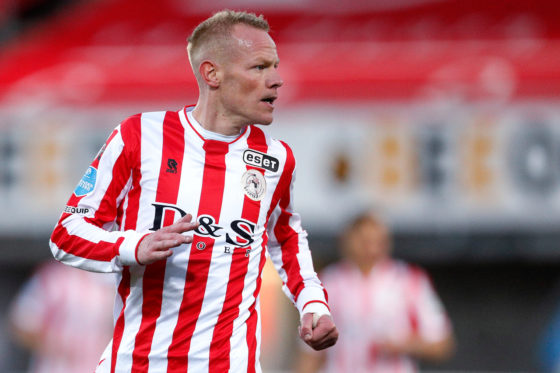 Police are investigating a suspected case of matchfixing after several large bets were placed on a player who received a yellow card during an Eredivisie game.

It is believed to be the first criminal inquiry into so-called ‘spot-fixing’, where players take money to arrange incidents during a match, as opposed to fixing the result.

Dutch authorities were alerted after people in the betting industry noticed unusual betting patterns. One gambler placed five bets with the same bookmaker for a total amount of €3,000, winning €13,000. Two others stood to earn around €1,000 each.

NOS chose not to name the player involved because of the ongoing investigation, but Sparta Rotterdam told Nu.nl on Monday that their defender, Tom Beugelsdijk, was at the centre of the allegations. The gambler who won €13,000 is said to be a near neighbour.

The broadcaster said the incident caught the eye because the player had not previously received a yellow card this season. He was booked for a heavy tackle in an area of the field where there was no immediate danger to his goal.

Sparta said the 30-year-old Beugelsdijk would be allowed to play the remaining matches of the season despite the ongoing police investigation.

‘Until the investigation is concluded this situation will have no bearing on team selection for the upcoming matches,’ a spokesman for the club said.

A police spokesman confirmed that the incident was being investigated as a possible case of fraud. ‘We are taking it very seriously. As soon as the initial reports reached us we started an investigation.’

Marjan Olfers, professor of sports law at the VU university in Amsterdam, said the Netherlands was lagging behind other footballing nations on matchfixing. ‘The Netherlands is a kind of blind spot. Until now we’ve never had a matchfixing case that led to a prosecution.

‘I welcome the fact that the public prosecution service are going to see if there is more to this case.’