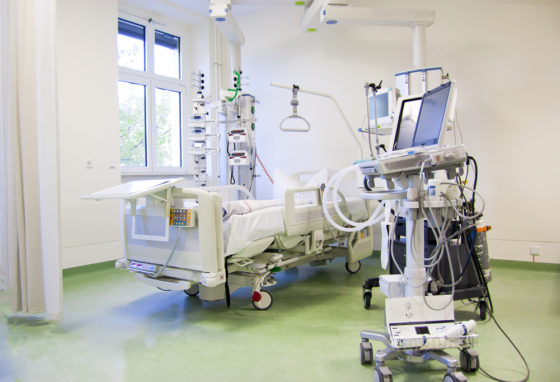 Scientists in Amsterdam say they have solved one of the most vexing puzzles of Covid-19: why some patients deteriorate rapidly just as the virus seems to be on the wane.

The team at the UMC teaching hospital found that while the majority of hospital patients recover, a few produce excessive numbers of antibodies, causing potentially fatal inflammation of the lungs.

The researchers also discovered that the inflammation could be treated with fostamatinib, a drug that was approved last year by the European Medicines Agency for auto-immune conditions, the Volkskrant reported.

In initial tests Covid-19 patients who were given the drug recovered faster, raising hopes that fewer people will end up in intensive care, though researchers say the sample size was too small to draw definitive conclusions from.

Menno de Winther, professor of vascular immune cell biology at the UMC, said the team studied blood samples from the lungs of patients who had had a severe reaction to the virus and compared them with samples from people who had had a milder response.

They saw that the antibodies produced by patients in the first group were much greater in number and had a different shape, which damaged the blood vessels in the lungs and caused a build-up of fluids and proteins.

In some cases the damage led to blood clotting. ‘It was worse than anything we’ve seen before,’ immunologist Jeroen den Dunnnen, who worked on the study, told the Volkskrant.

Drug company Rigel Pharmaceuticals and the US National Institutes of Health (NIH) collborated with the UMC on the study after reading about the initial findings, allowing the researchers to complete their work within a year.

Huub Savelkoul, professor of immunology at Wageningen University, said fostamatinib was an ‘interesting’ option for treating Covid-19, but tempered hopes that it could have a significant impact.

‘In the instructions to patients it mentions an increased risk of respiratory tract infections, which isn’t helpful for Covid patients. Also, the medicine inhibits processes in other immune cells, so will it suppress the immune system too much?

‘On the other hand, the medicine has no negative effect on blood clotting and blood platelets, which we are very concerned about with Covid.’