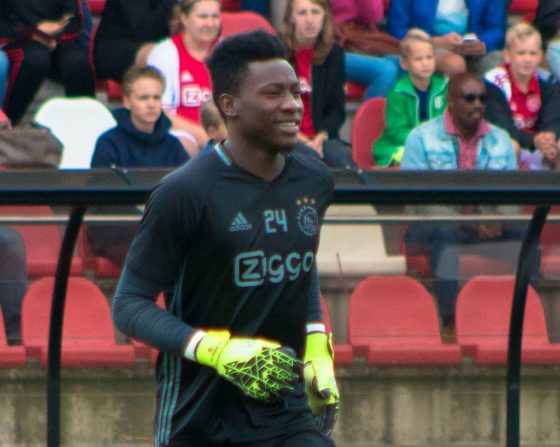 European football body Uefa has banned Ajax keeper André Onana from playing for 12 months for breaking doping regulations. The suspension applies from Friday and to all matches, both national and international, Ajax said in a statement.

Onana was found to have the banned substance furosemide in his urine during out of competition checks on October 30. Furosemide is a diuretic and its use is banned in all sports because it can act as a masking agent to hide the effect of other banned substances.

The disciplinary body of the European football association, UEFA, has imposed a suspension of 12 months on Andre Onana for a doping violation.

Ajax said Onana had taken the drug, which had been prescribed to his wife, mistakenly after feeling unwell. In addition, ‘the disciplinary body of the football association has stated that Onana had no intention of cheating,’ Ajax said.

Ajax director Edwin van der Sar said that the news is a ‘terrible setback, for Andre himself but certainly also for us as a club.’

‘We had hoped for a conditional suspension or for a suspension much shorter than these twelve months, because it was arguably not intended to strengthen his body and thus improve his performance.’ Ajax and Onana are appealing against the decision.

The news is the second major blow to Ajax this week. On Thursday it emerged that the club had failed to register new signing Sébastien Haller for the Europa League competition.

Ajax bought the West Ham player for a club record fee of €22.5m this winter transfer period. Ajax is trying to rectify the situation but, broadcaster NOS reports, the likelihood of success is small.