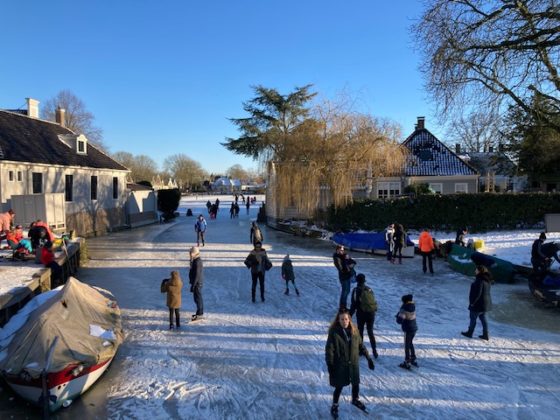 Skating in Broek in Waterland, north of Amsterdam. Photo: DutchNews.nl

The Dutch took to the ice in their thousands for probably the last day this winter on Sunday, ahead of Monday’s expected thaw.

Again, local officials in popular skating areas were warning people to stay away, or to travel by bike because of the heavy traffic.

In the three northern provinces of Friesland, Groningen and Drenthe, ambulance workers were called out to deal with 150 cases in which skaters had fallen, and say they expect a busy day on Sunday as well. 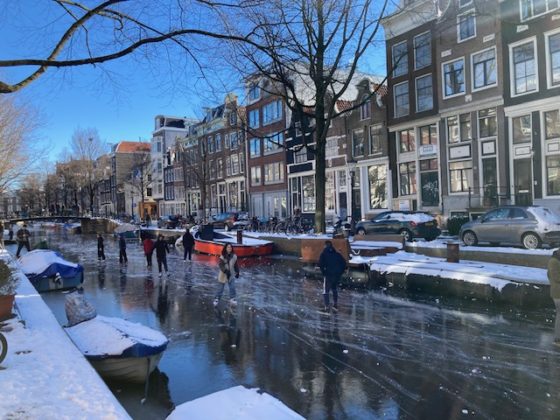 Skating in Amsterdam despite warnings the ice is not thick enough. Photo: DutchNews.nl

Meanwhile, Henk Angenent, the former sprout farmer who won the last Elfstedentocht  the 200 kilometre race around the 11 cities of Friesland  is attempting to follow the route, 24 years later with a couple of friends.

The thaw on Monday has put paid to any hopes of staging the race this year, even though the organisers had already ruled it out because of coronavirus measures. 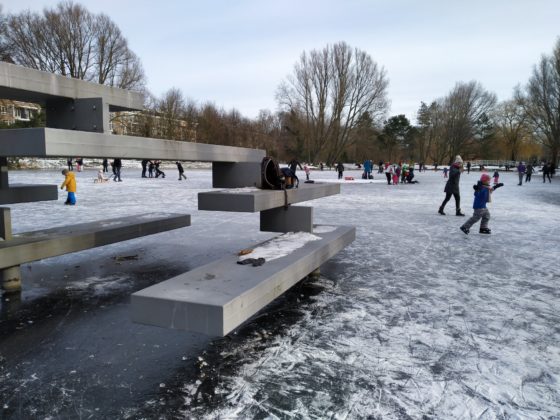 Families skating on the Rode Kruisplantsoen in The Hague. Photo: DutchNews.nl

The KNMI weather bureau says it will remain around freezing point in the north of the country on Sunday but will rise to around 5 Celsius in the south. ‘Because the air is dry, the ice won’t really be affected by the higher temperatures,’ NOS weatherman Marco Verhoef said. 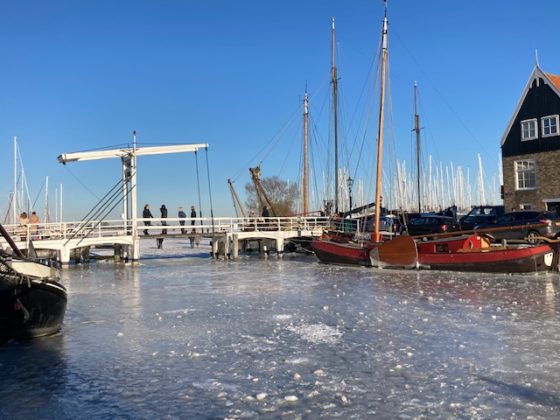 Ice in the harbour at Monnickendam. Photo: DutchNews.nl

From Monday, however, when some rain is forecast, the temperature during the day could be as high as 10 Celsius and it could rise to as high as 17 Celsius by next weekend.

The sudden change in temperature, coupled with the rain, could mean there will be black ice on the roads on Monday, particularly in the east, the KNMI said. 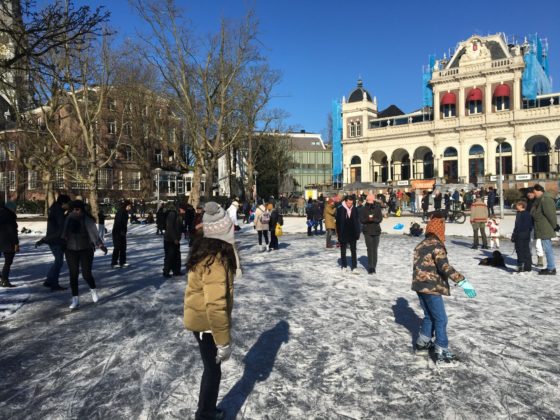 Crowds gather to skate and walk on the ice at the Vondelpark. Photo: DutchNews.nl