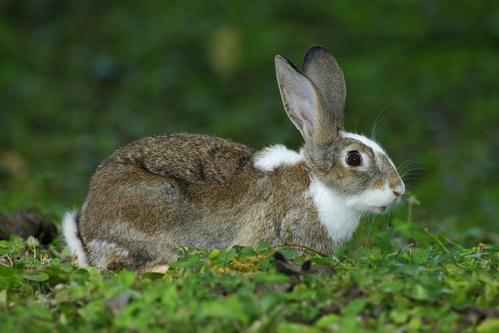 Dutch comedian Youp van ‘t Hek’s famous song about a boy whose pet rabbit is served up for Christmas dinner has been covered by American singer Todd Rundgren.

Van ‘t Hek wrote Flappie 40 years ago for his sister’s cabaret group and went on to include it in his own cabaret show when it became a huge and enduring success. ‘It has not left the radio since’, the comedian told the Volkskrant.

He was alerted to the fact his song had traveled when he heard the words It was Christmas morning, 1961 on the radio on Wednesday and thought the melody and the words sounded familiar.

‘The singer was pretty famous, I found out on Google,’ Van ‘t Hek said.

Flappie is the first-ever Christmas song by Rundgren, who has recorded some 50 albums. How Rundgren happened on the song is not clear. The music is more or less the same and the text a literal translations. The explanation may lie in the fact that Rundgren frequently performed in the Netherlands.

The singer did not ask for permission from Van ‘t Hek or composer Jan Kokken, music rights society Buma/Stemra told the paper.

‘Youp has a right to some of the proceeds if a song he has written is used abroad. There has been no request to translate it. The money should come to us via out American colleagues so we can pay Youp,’ a spokesman said.

Van ‘t Hek said he is chuffed his song has been covered by Rundgren. ‘But if it’s a number one hit in Japan I hope some of the money will come our way.’