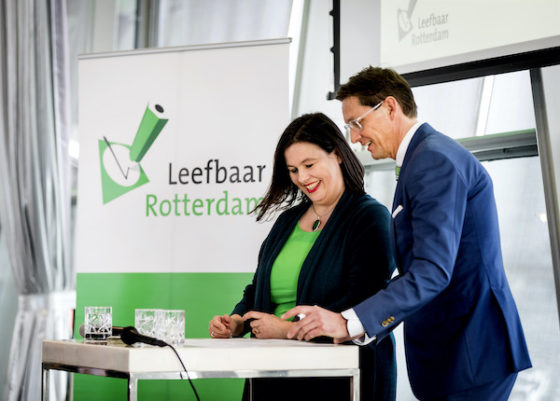 Two prominent former members of far right party Forum voor Democratie, who resigned over claims of rampant anti-Semitism within the party leadership and youth wing, have set up their own party to fight the 2021 general elections.

Annabel Nanninga, elected senator, provincial councillor and Amsterdam city councillor on behalf of the FvD has joined forces with Joost Eerdmans, a Leefbaar Rotterdam councillor who was tipped to become a FvD MP. New party JA21 will compete in the March vote.

Dozens of elected FvD representatives left the party during a leadership battle earlier this month after a string of revelations were made about founder Thierry Baudet’s support for anti-Semitism and  conspiracy theories.

Nanninga and Eerdmans are currently putting together both a manifesto and a list of people who want to remain with a right wing party but ‘don’t want anything to do with extremism or other tedious issues’, Nanninga told the Telegraaf.

The party, said Nanninga, will focus on the key issues from the early days of the FvD. ‘So less immigration, less spending on climate issues, direct referendum and less EU,’ she said. ‘These key issues are good and must have representation.’