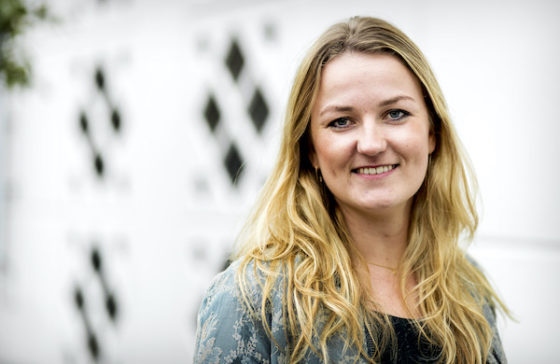 The fundamentalist Protestant party SGP has its first female council executive, nine years after it was ordered to change its position on women by the European Court of Human Rights.

The Staatkundig Gereformeerde Partij is the most orthodox of the fringe Christian parties and usually wins 2 or 3 seats in the 150-member parliament. The party believes the country should be governed ‘entirely on the basis of the ordinances of God as revealed in the Holy Scriptures’ and does not think women should play an active role in politics.

Now Paula Schot, 27, is about to take up the job of social affairs chief in the Zeeland local authority area of Schouwen-Duiveland. ‘I’ve been interested in such a job for a while,’ she told local broadcaster Omroep Zeeland.

The SGP, she said, is changing as more young people join. ‘There are several schools of thought within the party,’ she said. ‘One group says it is not acceptable, and others have no problem. Within my own circle, I only get positive reactions.’

‘I’m not particularly busy being the first SGP council executive,’ Schot, who comes from Zierikzee, told paper PZC. ‘For me it is a really nice, challenging job.’

Nevertheless, Schot has been a trailblazer for women’s rights within the SGP and stood for election to Amsterdam city council in 2018, but failed to generate enough votes. She currently works for the party in Gouda.

The first SGP woman to win an election was Lilian Janse, who won a seat on Vlissingen town council in 2014. There were three women on the SGP list because ‘men are not talking their responsibility,’ Janse said at the time.

Schot’s appointment means three of the four executives in Schouwen-Duiveland will be women. Her predecessor Cees van den Bos has gone to be mayor of the staunchly religious former island of Urk.