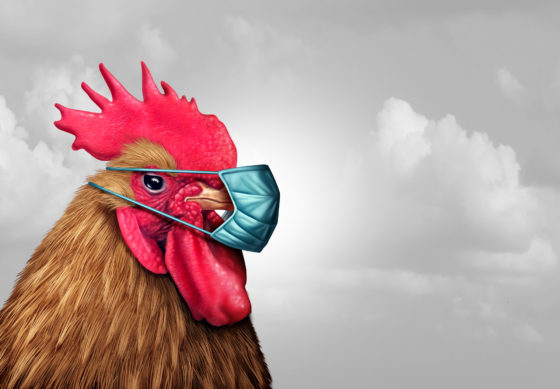 Chickens across the country have been grounded after a farmer discovered dead swans on his land which turned out to be infected with the worst strain of bird flu, H5N8.

Wim de Wit, whose farm is in Kockengen, near Utrecht, found seven dead birds and two were confirmed to have been infected, according to the Parool.

Now the Dutch government has ordered all farmed poultry be kept inside, including chickens, turkeys, ducks and chicks, and the rule also applies to egg-laying hens. A dead widgeon, a type of duck, has also tested positive for bird flu although further tests will indicate what type of the disease it had.

Experts consulted by the Dutch environment ministry say the infected swans probably came from Russia and was carried by migratory birds. They are concerned that water birds live in groups at this time of year and the virus could spread quickly, risking infecting commercial poultry.

The ministry has asked people to alert them to sightings of dead wild birds. Hennie de Haan, chair of the Dutch association for poultry farmers (NVP) told the Parool that they were dealing with a serious situation, and that they were concerned the flu could be spread by vermin or even people.

Bird flu is often found in migratory birds that come to the Netherlands from Siberia but it is thought to be unusual to find it in these swans and so early in the year. The country has suffered serious bird flu outbreaks in 2016 and 2003, when it cost the Dutch poultry and egg industry at least €300m. A small number of farms were infected in 2014.