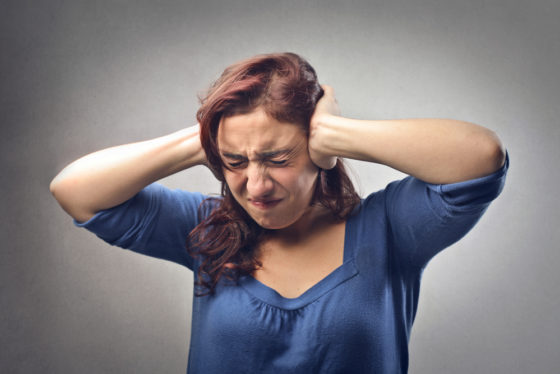 A Dutch Belgian team of scientists has been awarded an Ig Nobel for the second time in a row on Thursday. This time the team bagged the prize for medicine for diagnosing a disorder that makes people see red when they hear others chew, snore or sneeze.

Professor of psychiatry Damiaan Denys, who works at Amsterdam’s teaching hospital, said he was ‘incredibly happy’ to win ‘but a little confused as well’.

‘The Ig Nobel is meant to make you laugh but this condition is no joke. But we thought it was important to bring it to people’s attention so we accepted the award,’ Denys said in a video response.

Denys began to think he was on to something that had not yet been described in the psychiatric handbooks some 10 years ago, when he came across a woman who told him she became very aggressive when she heard other people sneeze.

‘I have hay fever and it was spring so I hoped I wouldn’t sneeze especially when she told me that only the day before she had thrown a television across the room. I didn’t really know how to handle it,’ he said.

Over the years Denys saw a number of other people who got very upset or even homicidal at other people’s noises, including a woman whose husband’s snoring made her want to strangle him. ‘After a number of similar cases we finally took an existing term – misophonia – to label these new criteria,’ Denys said.

The 30th edition of the Ig Nobel, which ‘honours achievements that first make people laugh, and then make them think’, was broadcast online and had to do without the usual loud cheering and throwing of paper planes at the contestants.

Although the – unfunded – research usually delves into the weird and wonderful, the science behind is serious and has to have been published in scientific journals to compete.

Other winning efforts included a knife made of frozen faeces to test an Inuit story about a man who did just that. Although the knife failed to cut through an animal hide  Metin Eren, an anthropologist at Kent State University in Ohio, was honoured nevertheless for showing that old stories can literally be based on crap science.

A team of Canadian scientists showed people’s eyebrows play a role in detecting grandiose narcissism, for which they were awarded the psychology prize.

Boris Johnson, Donald Trump, Vladimir Putin and other world leaders shared the medical education award for showing that politicians can have a more immediate effect on life and death during the Covid-19 pandemic than scientists and doctors.