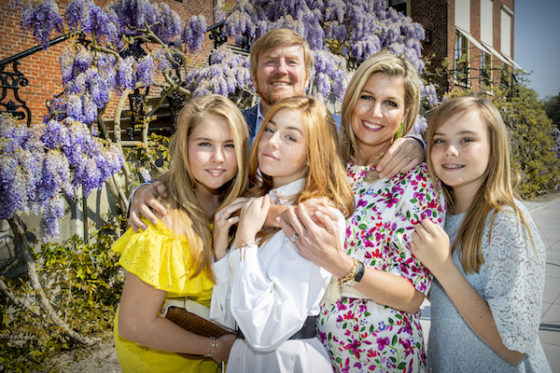 There has been a break-in at the holiday home of the Dutch royal family in Tuscany but none of the royals were present, according to reports in the Italian press confirmed by RTL Nieuws.

The official information service on matters concerning the royal family RVD said burglars had targeted the villa last Saturday night. The men fled in a jeep belonging to the estate which was later found by Italian police. They did not get away with ‘anything of value’, a spokesman said, and the villa stood empty at the time. No further information was given.

The Rocco dei Draconi was bought in 1975 by princess Beatrix who named it after her home Drakensteyn in Laage Vuursche. The house now belongs to king Willem-Alexander, his brother prince Constantijn and Luana and Zaria, the daughters of prince Friso who died following a skiing accident in 2012.

The house in Tuscany is not the only holiday residence owned by the royal family. In 2012 Willem-Alexander and his family bought a holiday house in Kranidi, in the Greek Peloponnese for which they paid €4.5m.

Some two years later the building of an allegedly illegal private harbour at the estate giving the family direct access to the sea but depriving the locals of the same privilege became the cause of some controversy.

The royal couple were forced to sell their first holiday home on a luxury complex in Mozambique following a wave of negative publicity about the project, including claims of corruption, environmental damage and a lack of benefits for the local population.

The Tuscany burglary comes in the wake of another irritation to irk the royal family this week as the princesses Irene and Margriet confessed to being ‘shocked’ by plans to cut down ancient trees to build apartments in the former grounds of Soestdijk Palace in Baarn.

‘At a time when we should look for possibilities for planting trees felling them is at least undesirable. And that goes particularly for ancient woodland,’ the princesses wrote in a letter solicited by local council member Kees Koudstaal ahead of next week’s vote on the plans.

The estate, home to the royals until 2004, was sold to MeyerBergman Erfgoed Groep in 2017. Its plans for the site include a hotel, restaurant and apartments. The apartments, the company said, are needed to finance the renovation of the palace.