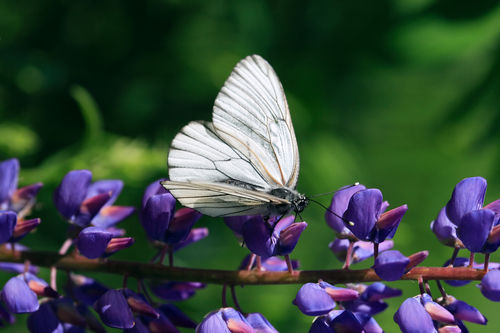 Residues of pesticides have penetrated eight nature reserves in Drenthe, far from the farmland where they are being used, and nature protection organisations are calling for a national investigation into the effects, Trouw reports.

The data was collected in the autumn of 2019 on behalf of Meten = Weten, an initiative of citizens from the town of Westerveld in Drenthe specifically set up to monitor the use and effects of pesticides, and conservation organisation Natuurmonumenten.

Lab analysis of samples taken from 17 sites in the reserves showed 31 different pesticides in plants and in the droppings of moorland sheep and Highland cattle.

The pesticides – chloradazon, 6-benzyladenine and tebuconazole among them – were found kilometers away from the nearest arable farms.

‘We are shocked because we had always thought the pesticides were found mainly on the edges of the nature reserves but now we have found them right in the middle of areas that have been managed for dozens of years without the use of pesticides,’ spokesman Ruud Kreets of Natuurmonumenten told the paper.

Kreets said the findings mean that the nature reserves are ‘covered in a blanket of poison’, including people’s gardens and that a national investigation is needed to find out the extent of the problem. ‘We already have the problem of nitrogen pollution and now the pesticides come on top of that,’ he said.

There are several causes for alarm, conservationists say, including a steep rise in deaths among blue tits and insects, which is caused in part by pesticides. One recent study showed the presence of 20 different pesticides in a dead blue tit.

The effect of accumulated pesticides in the environment is not something that has been investigated and neither has chronic exposure to low doses. Possible interactions with other pesticides are not taken into account either, Trouw said.

‘We need to look into the effects of using more than one substance, VU University toxicologist Kees van Gestel said. ‘Accumulated lower doses can have an effect too.’

This aspect will have a role in an investigation by the health ministry into the effects of pesticides on human health which is due to report this summer.