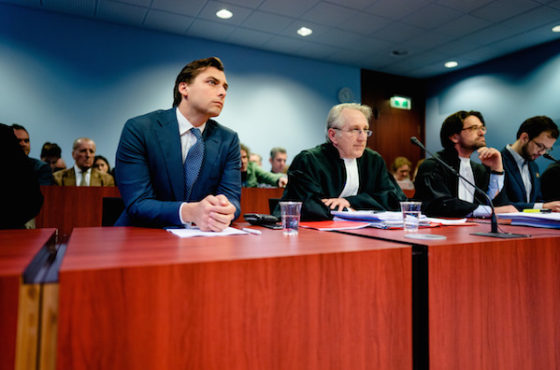 Dutch public broadcaster VPRO does not have to issue a correction for paraphrasing the words of Forum voor Democratie leader Thierry Baudet, a court in Lelystad ruled on Wednesday.

Baudet had taken the broadcaster to court for spreading what he said were ‘scandalous lies’ about statements he made in parliament. The comments were made by television presenter Natalie Righton in Sunday current affairs show Buitenhof in an interview with former FvD stalwart Henk Otten.

During the interview, Righton asked Otten what he thought about Baudet’s statement that ‘the EU had a master plan to replace the white European race by African immigrants’, referring to comments he had made in parliament the previous week.

The court said in its decision that Righton’s question ‘can be seen as a contribution to the public debate.’

In paraphrasing his remarks, Righton used the words ‘white’, ‘race’, and ‘replace’ which had not been used by Baudet. While the court agreed this phrasing wasn’t literally accurate, they concluded it wasn’t decisive. ‘According to the European Court of Human Rights, the right to freedom of expression cannot easily be curtailed,’ the court said.

In addition, Righton’s statement could not be seen in isolation from comments about a ‘white, dominant Europe’ made in 2015 and 2017, the court said.

Baudet had, according to the official transcripts of the debate, said that the EU has ‘turned out to be some kind of immigration machine’ and that it would ‘set up ferries to transfer immigrants from Africa to Europe to weaken national identities so that there will be no more nation states.’

The FvD issued a statement on Twitter, where it said it is disappointed with the ruling but, due to the coronavirus outbreak, will not be pursuing an appeal.