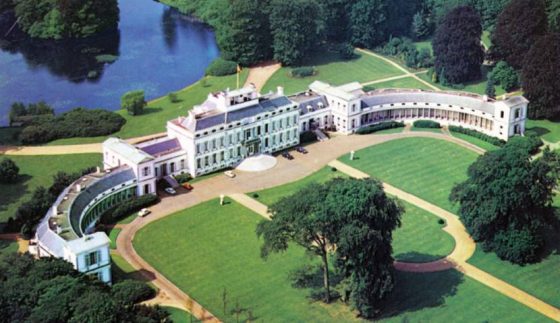 A flock of sheep is going to help keep the grass in check in the grounds of the royal palace of Soestdijk, public broadcaster NOS reports.

Shepherds Werner and Ester Floor, who keep their sheep in the nearby national park Utrechtse Heuvelrug, have been contracted to curb out-of-control weeds and grass several times a year.

The fact that the herd is local and travels on the hoof means the maintenance can be classified as ‘sustainable,’ a palace spokesman said. ‘We want to create more natural value in the land around the palace and the sheep will be a good influence. It also fits in with our ambition to make the Soestdijk the first energy neutral palace and estate.’

Soestdijk dates from the 17th century but only got its present shape in the early 19th century, when two wings were added, modelled on the palace of the czar in Pavlovsk near St Peterburg. It ceased to be a royal residence following the death of its final inhabitant prince Bernhard, the spouse of the former queen Juliana.

The palace, which is now owned by developers Neyer Bergman Erfgoed groep, is currently closed for renovation.

The plans have been thrown doubt however because they include a housing project on the estate. This would involve destroying part of the woods which date back to the 17th century when Willem III was stadtholder and ‘represent great historical and cultural value,’ province officials said.