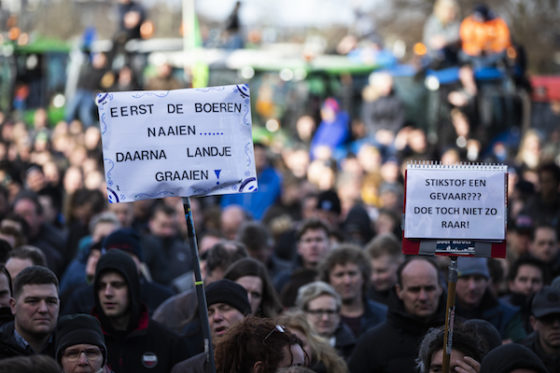 Several thousand farmers took part in Wednesday’s demonstration in The Hague against government plans to tackle farm-related pollution, but the organisers’ target of 7,500 was not reached, broadcaster NOS reported.

Police described the atmosphere as ‘peaceful’ even though the demonstration did cause considerable traffic problems in The Hague as hundreds of tractors drove into the city.

But there was nothing like the chaos on the roads caused by last year’s demonstrations, when blocked motorways all over the country, police said.

Earlier in the day, around 30 farmers had been fined for driving on motorways.

Police also warned farmers planning to drive their tractors home not to drink during the demonstration because there would be extra checks for drink driving.