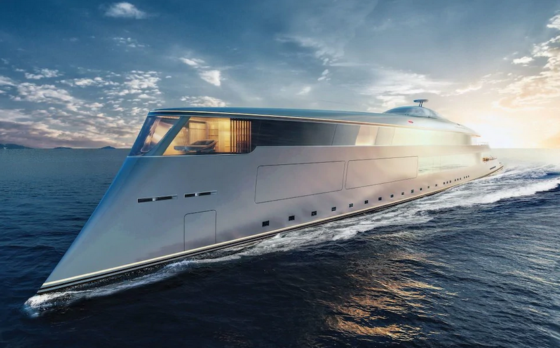 The Aqua is purely a concept at the moment. Illustration: Sinot

Dutch boat design group Sinot has denied claims made in the international media this weekend that Bill Gates has bought a €600m yacht from its stable.

The article in the Sunday Telegraph and picked up by the Guardian, among others, said Gates has bought the ‘Aqua’, a revolutionary hydrogen-powered superyacht, from Minot after seeing the concept at the Monaco yacht show last year.

But Sinot issued a statement on Monday stating the concept yacht is ‘not linked to Mr Gates (or his representatives) in any form or matter’ and that the articles are ‘factually incorrect’.

Dutch yacht builder Feadship, said by the Sunday Telegraph to be building the boat, has also declined to comment on the claims, the AD reported.

‘Aqua is a concept … meant to build a better future and inspire clients and the industry,’ the Sinot statement said. ‘We invite any visionary clients to show their interest.’

The Netherlands is a big name in the world of superyacht building. At the end of 2018, the total order book was some €4.1bn, according to umbrella group Maritiem Nederland.