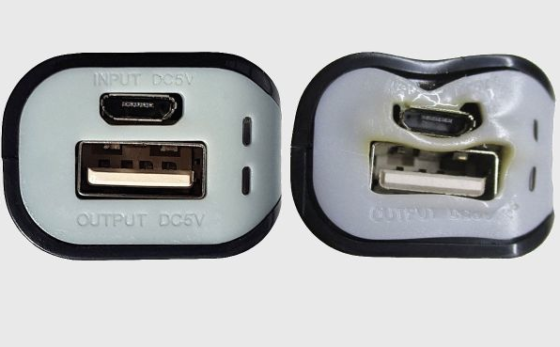 The Dutch consumer organisation Consumentenbond is recommending people avoid buying toys, cosmetics, jewelry and household equipment powered by electricity from online retail platforms outside the EU because they may not be safe to use.

Researchers from the Consumentenbond and four other EU consumer lobby groups ordered 250 products from online retailers such as AliExpress, Wish, Amazon, Light in the Box and eBay and found problems with 165 of them.

Some contained more dangerous compounds than permitted by law, while others were ‘outright dangerous’, the consumer group said on Monday. Many cosmetics also lacked proper information about what they were made of – and one sample of tooth whitening agent contained 70% more peroxide than legally allowed in the EU.

Three-quarters of the power packs, usb chargers and travel adaptors failed safety tests as did 90% of the Christmas lighting kits. Six products risked bursting into flames or electrocuting users, the organisation said.

There were problems too with smoke alarms, some of which failed to go off and none of the CO2 alarms gave off a warning when concentrations of the gas were too high.

Five of the seven samples of jewelry had too much heavy metal in them, such as lead – and one armband was 38% cadmium, or 4,000 times the legally permitted amount in Europe.

Consumentenbond director Sandra Molenaar said she was shocked by the results. ‘Consumers don’t realise they are buying goods which don’t meet European rules and are exposing themselves to enormous risks,’ she said.

‘Something needs to be done to make consumers aware of the problem, but we need to take other measures as well, because regulation is difficult.’

Junior economic affairs minister Mona Keijzer has asked government advisory board SER to come up with recommendations on how to tackle the problem.