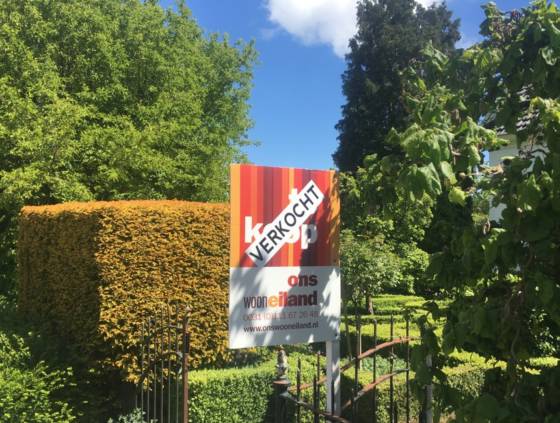 A 6.5% rise in house prices in December took total increase in 2019 to 6.9%, according to new figures from national statistics agency CBS and the Kadaster land registry office.

House prices in the Netherlands reached a peak in August 2008 and then fell as the economic crisis took hold, reaching their lowest level in June 2013. Since then, prices have risen steadily, reaching their highest ever level at the end of last year.

Noord-Holland province had the lowest increase – 5.4% while in Amsterdam itself prices were up no more than 3.4% over the year.