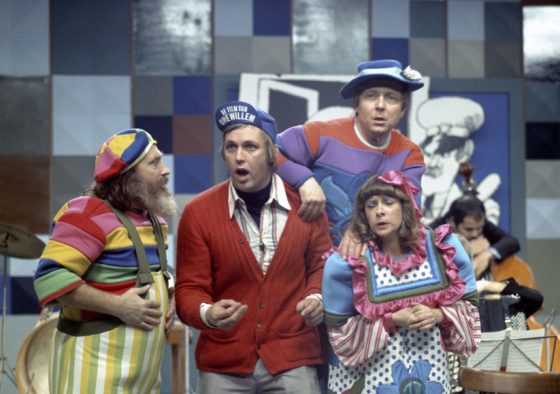 Aart Staartjes, considered to be one of the founders of children’s television in the Netherlands, has died at the age of 81 after a road accident.

Staartjes devised popular shows in the 1970s and 1980s such as Stratemakeropzeeshow and De film van Ome Willem and for years took the role of  Mr Aart in Sesamstraat.

‘Staartjes was the godfather of Dutch youth television,’ tv writer Jan Kok told broadcaster NOS. ‘He made so much possible. He saw opportunities in Hilversum and seized them. He also brought a lot of good people together to make world-class programmes.’

Prime minister Mark Rutte described Staartjes’ death as ‘very sad’. ‘Like so many others, I grew up with him,’ Rutte said on Twitter. ‘He was an icon of our youth.’

Staartjes died in hospital following a collision between his micro-car and an ordinary vehicle in Leeuwarden. He had lived in Friesland for several years.