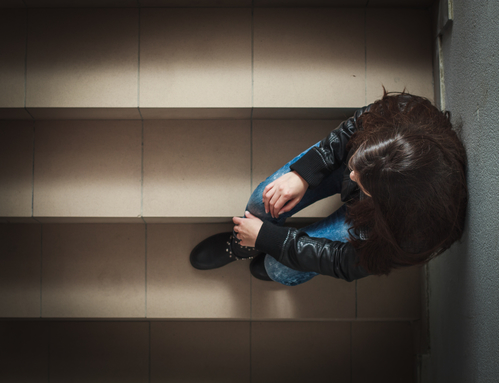 Depressed teenage girl with hands over face sitting on the stairs.

A charity gala evening set up to raise awareness of depression failed to achieve its stated aims and spent most of its public funding on management costs, evening news show Nieuwsuur has established.

The Mental Health Foundation received €350,000 from the public health ministry in 2017 to organise the Depressiegala, distribute information packs to 500 schools and set up a ‘buddy system’ for vulnerable teenagers.

The gala evening went ahead and was broadcast on television, raising €50,000 in ticket sales from attendees who paid €50 for a seat and donations from viewers. However, the ‘buddy’ project was never launched and only 28 schools requested the information packs.

The income from the tickets and donations was spent on producing the TV show, which was outsourced to independent producer SkyHigh.

Nieuwsuur reported that the MHF spent a few tens of thousands of euros on the packs and it was not known if they had ever been used. Altogether €89,000 was spent on hiring a director and organising the gala and school projects, while another €55,000 went on managers’ expenses.

Three celebrities who were due to address the 2019 edition of the Depressiegala on Monday cancelled their appearances in the wake of the Nieuwsuur revelations. Frank Jansen, who presents home interiors show Paleis voor een prikkie with his partner, Rogier Smit, said: ‘What’s now emerging is a very bad business. We don’t feel good associating ourselves with it.’

Actor Dilan Yurdakul, who has suffered from depressive episodes since her teens, also said she would not be taking part. ‘It’s a shame, but everyone has the right to make their own choices,’ said a spokesman for the gala.

The event was founded by psychiatrists Bram Bakker and Esther van Fenema to encourage young people in particular to talk about depression and related phenomena such as suicide.

Bakker and Van Fenema blamed the director of the gala, Mariëlle Horsting, for missing the project’s goals. In a statement published on Twitter, they said: ‘Our main aim was never to collect money for the illness of depression. We wanted more recognition for people with psychiatric vulnerabilities and their talents.

‘Given the huge response that the annual Depressiegala has managed to generate, we take the view that this aim has been comprehensively achieved.’

Horsting rejected the suggestion that she was personally responsible for the Depressiegala’s failures. She told Nieuwsuur she had worked hard towards its aims but had had to step down from her role because of a neck hernia.

Bakker and Van Fenema said they would give a detailed explanation during the fifth edition of the Depressiegala on Monday evening.