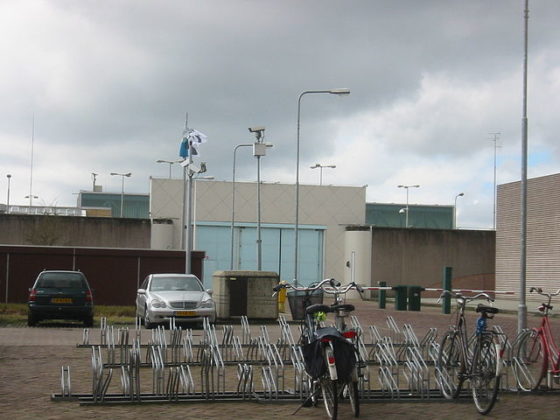 Taghi is being held in Vught prison. Photo: Mystro82 via Wikimedia Commons

The Netherlands most wanted man, arrested earlier this week in Dubai, has arrived back in the country by plane to stand trial.

Ridouan Taghi is the main suspect in a gangland trial involving five murders and several attempted murders, which is due to start in March. The brother of crown witness Nabil B is one of the murder victims.

Taghi is now being held at the high security prison in Vught and is due to appear in court for a remand hearing later on Thursday.

His lawyer Inez Weski told broadcaster NOS she is extremely surprised that her client has been deported so quickly, particularly as the extradition request had not yet been formally made.

Justice minister Ferd Grapperhaus denied that Taghi had been forcibly put on the plane, and said Dubai had declared him persona non grata, hence his deportation.

‘This was a decision of the authorities there,’ he said. ‘No one from the Dutch cabinet had a role in it.’