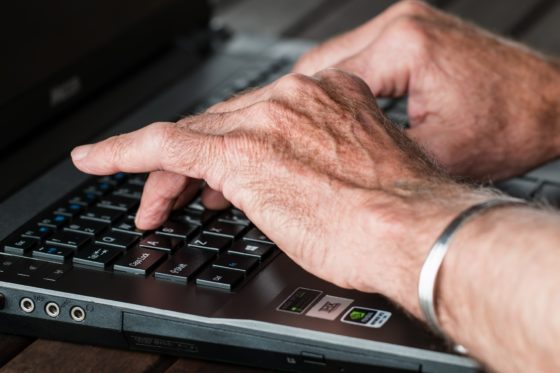 One in 10 elderly people in the Netherlands do not use online banking services despite having a computer because they think its unsafe, a survey by the organisation for the elderly ANBO has found.

Almost half the refuseniks said they thought the service was unsafe and over half said they would not be persuaded to start even when help was offered.

Cash is still important to the elderly, ANBO director Liane den Haan said. ‘The results of the survey are important now that ABN Amro has decided to close many of its ATMs because of attempts to blow them up. Service points too are increasingly closing endangering the availability of cash on which many elderly depend.’

Almost three quarters of the 10,000 respondents to the survey have a tablet or smartphone as well as a computer. Three quarters have a banking app but fewer than one in three uses the device to make payments because they consider the app to be unsafe.

Almost all respondents said they think the possibility to pay cash should always be an option. When asked what they would do if cash was phased out, 35.5% they would use the internet for banking.

‘We want to help the elderly make the transition to internet banking and we are going to do it with the help of the banks. But we can only do it if people are willing,’ Den Haan said.