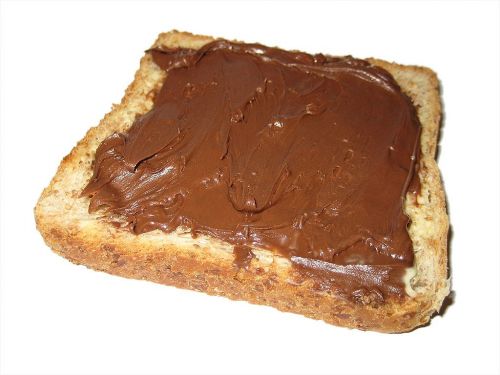 The ‘healthy’ variety of chocolate spread got the thumbs down. Photo: Wikimedia

A brand of chocolate spread for babies marketed as a healthy option ‘from eight months’ has been named the most misleading product of the year.

Foodwatch, a food standards lobby group, gave its ‘Gouden Windei’ award to De Kleine Keuken for its organic spread, which the packaging describes as a ‘good’ and ‘natural’ alternative to regular spreads. Foodwatch said the claim that it was suitable for young babies was ‘disturbing’.

‘Putting babies straight from mother’s milk on to chocolate spread is not a good idea,’ said the organisation. ‘This product, which comprises 69% sugar and fat, has been classed as inadvisable for babies by the Voedingscentrum [Netherlands Nutrition Centre Foundation] among others.’

De Kleine Keuken disputed the suitability of the award and said its spread contained ingredients, such as sunflower seeds, that made it a healthier option.

Second place in the poll of eight nominated products went to Albert Heijn’s seasonal vegetables range, some of which are imported from as far away as Peru. Other nominees included Albert Heijn’s goat’s cheese spread, whose main ingredient is cow’s cheese, and Cano Water, sold at Ekoplaza, which is imported from Austria and described as an example of ‘greenwashing’.