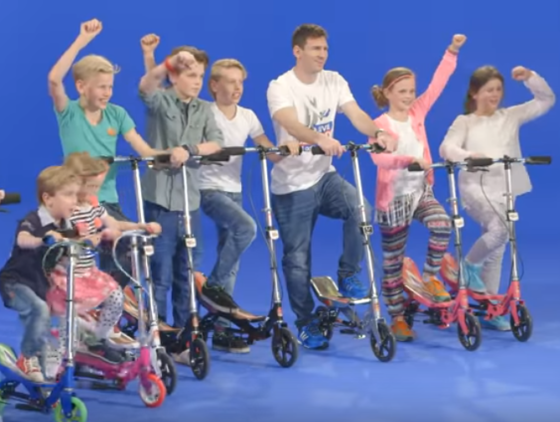 A still from the promotional video

Next Monday’s court case in Barcelona brought by a Dutch toy company against Argentine footballer Lionel Messi has been postponed.

A spokesman for the footballer has told the court that Messi is unable to attend the hearing because of prior commitments and judges have now delayed the case until a later date.

Messi’s club Barcelona has a Champions League match the day after the court case had been due to be held.

Heerhugowaard company Easy2Company went public with the court case earlier this week, saying it had signed a deal with Messi in 2014 to promote the scooter, but claiming the star player had failed to honour his side of the bargain.

The scooter, was a big seller in the Netherlands at the time – the company says one in three Dutch households had one – and Messi was supposed to promote the toy to the rest of the world via his website Messi.com. This, the company claims, never happened.