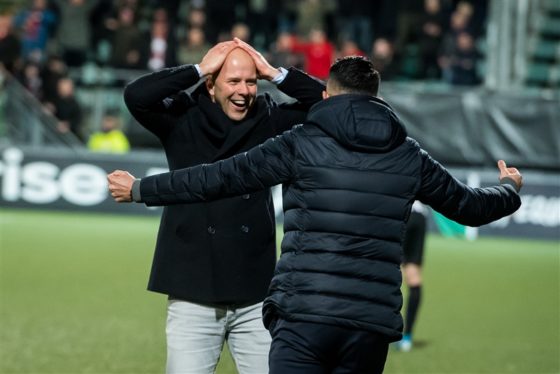 There were mixed results for the three Dutch clubs competing in this season’s Europa League competition on Thursday night, but AZ of Alkmaar have sealed their place in the knock-out rounds.

The team from Alkmaar were 2-0 down to Partizan after 88 minutes, but in a dramatic finish, Ferdy Druijff put away two to equalise, despite a red card for Myron Boadu.

Feynoord of Rotterdam, are still in with a chance of moving on in the competition after a 2-2 home draw against Glasgow Rangers.

Dick Advocaat, who has just taken over as coach told the Uefa website after the game that ‘this was definitely the best first half we’ve produced since I’ve been in charge.’

Feyenoord, currently bottom of Group G, can make the knock-out competition if they beat Porto next week and if Rangers, currently top of the group, beats Young Boys at home.

PSV Eindhoven, however, are out of the Europa League after losing 4-0 to Sporting CP of Portugal.