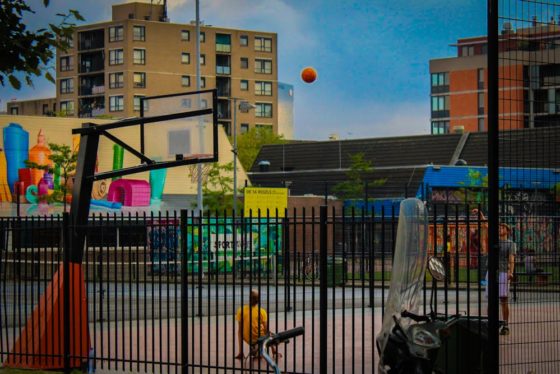 The Cruyff Foundation pays for urban football pitches, like this one in Rotterdam Photo: Raul Deiana

The late football great Johan Cruijff was never paid €1m a year by the Cruyff Foundation for the right to use his name and image to promote itself but was paid the amount by two lottery organisations, the Volkskrant has found.

Author Auke Kok, who put forward the claim in a new biography of Cruijff was himself discredited in court last Friday when the judge called his allegation ‘evidently false’. The book will not be withdrawn from sale but Kok’s publisher will have to rectify the mistake by ‘adding another page to what is already a doorstop of a book,’ the paper writes.

The Volkskrant, meanwhile, discovered the origin of the claim. Lottery organisations Postcodeloterij and Sponsorloterij had chosen the Cruyff Foundation as one of the charities they would support. Cruijff was paid between €550,000 and €1.1m a year for promotional work as a way to ensure his involvement.

The Cruyff Foundation, which initiated the court case, said Kok could have asked them before publishing and they would have set the record straight.