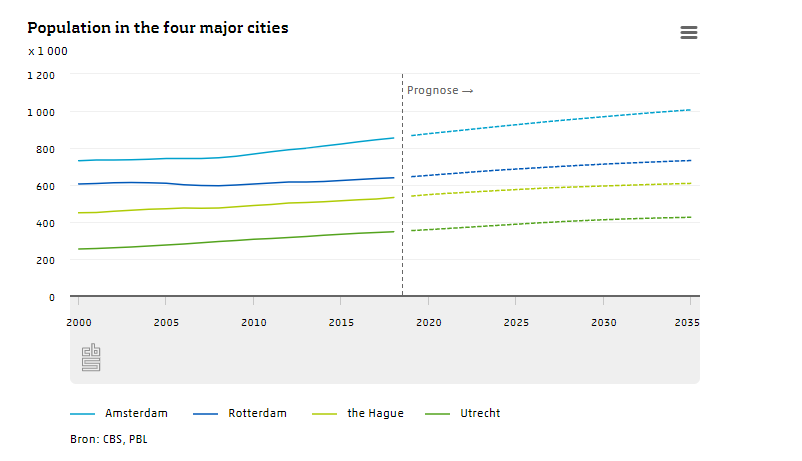 The Dutch population will grow by more than a million people by 2035, according to projections by the Dutch environmental assessment agency PBL and statistics office CBS.

The agencies say in a new report that the population will rise to 18.3 million inhabitants from the 17.1 million current total. Cities will see the strongest growth and the population of Amsterdam alone is projected to rise by 150,000.

Growth is also projected in municipalities near large cities, such as Almere and Haarlemmermeer (Amsterdam) Zuidplas (Rotterdam) and Rijswijk (The Hague.) However, the population in places like Groningen, Drenthe, Achterhoek, Limburg and Zeeuws-Vlaanderen is projected to shrink.

The report looks at other city demographics, including aging and residency. Currently, people over 65 make up 19% of the total population, and that is set to rise to 25% by 2035. Though the population is ageing within cities, the rate is higher in rural areas, where some 30% of the population will be pensioners by that date.

The agencies noted that projections are always uncertain and that things like home construction and immigration can be difficult to predict.