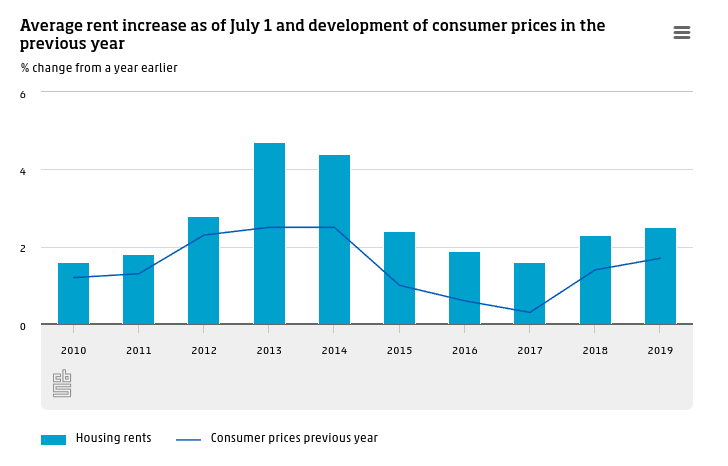 Housing rents for existing contracts rose an average of 2.5% over the past year, a slight rise on 2018, national statistics office  CBS said on Wednesday.

Over the last decade, rents have gone up an average of 2.6% year on year. Landlords traditionally increase rents from July.

Housing corporations and tenants lobby group Woonbond reached a deal at the end of last year to limit rent rises to inflation from 2020, and many corporations said earlier this year they would already start putting this into practice.

The largest increases were seen in Amsterdam and Rotterdam, and both Utrecht and The Hague experienced above average increases.

Dutch housing corporations own some 2.4 million houses, of which all but around 5% fall into the social housing sector with rents of below €710 a month.