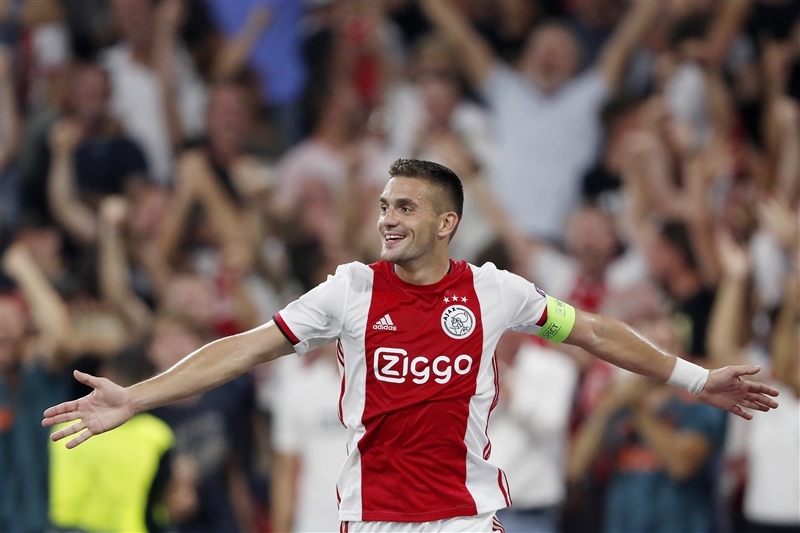 Amsterdam football club Ajax have placed themselves for this year’s Champions League competition after beating Cyprus side APOEL 2-0 at home on Wednesday night.

The first leg of the qualifying tie was a 0-0 away draw.

Ajax, who were without Donny van de Beek through injury and Noussair Mazraoui who had been suspended, were dominant in the game, which also saw a Klaas Jan Huntelaar goal disallowed following an appeal to the VAR.

Congrats @AFCAjax . You were better than us. All the best for #UCL. Now we focus for #UEL https://t.co/lSgt0AZ75P

‘Mission accomplished for Ajax who have secured safe passage into the UCL groups stages for a second season running,’ said Uefa reporter James Thorogood after the match.

‘APOEL proved a tough nut to crack, but unlike in Cyprus, Ajax were unrelenting and Ten Hag’s tactical tweaks certainly had the desired effect.’

The draw for the Champions League groups takes place on Thursday afternoon. Ajax, who put in a strong performance during the qualifying rounds, will be in Pot 2.

Participation in the Champions League will boost Ajax’ coffers by at least €40m from tv rights, ticket sales and other spin-offs.