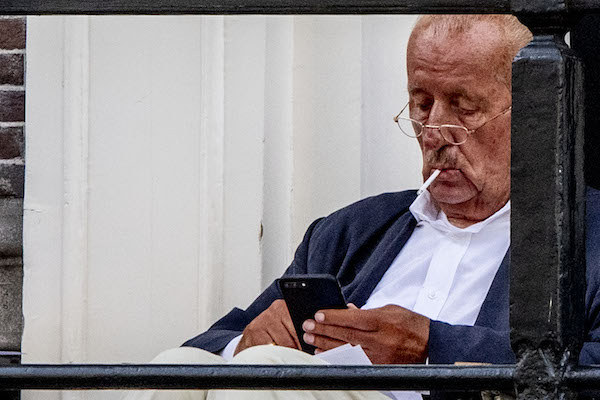 Otten, a senator for Forum, was thrown out of the party for alleged financial impropriety this summer and has since launched his own new party, taking two other senators with him.

He was one of the co-founders of the party but had been under fire since giving an interview to the NRC newspaper which was highly critical of co-founder Thierry Baudet and the way he was moving the party to the far right.

Hiddema, who is one of two MPs for the party alongside Baudet, told talk show Jinek he felt Otten had been expelled in an ‘uncontrolled setting’.

Asked if he agreed with the way it had been done he said: ‘No, I don’t. But that is where I differ from Baudet. That is the way it is, because Baudet is on the board… and I am not. They have to take decisions and that is what they have done.’

The move had been ‘too abrupt and it led to a lot of commotion. I don’t think it needed to be done like that,’ Hiddema said.

Hiddema reconfirmed to the Telegraaf later that he did not disagree with the expulsion per se. ‘Otten has had long enough to give his side of the story but has not done that,’ he said. ‘He now has to wear the hair shirt.’

Otten is reportedly planning to take legal action against the party for libel.