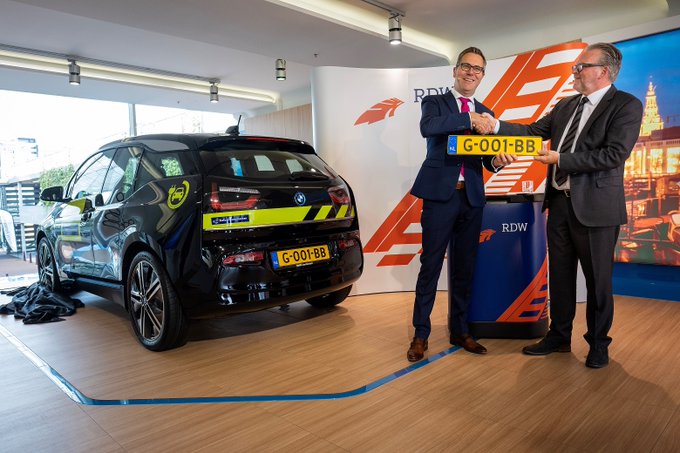 When launched in 1951, number plates were a 3×2 combination of letters and numbers but in 2015, this was switched to two numbers followed by three letters and one number. Some 2.7 million vehicles use the 2015 system.

The first car to get the new look number plate G-001-BB is an electric BMW which has been given to the natural heritage foundation Natuurmomumenten as a fund-raiser, the RDW said.

Dutch number plates do not use vowels so that they do not inadvertently feature words and steps are taken to rule out controversial acronyms as well.

In 2010, the RDW issued several hundreds of car number plates featuring the letters NSB – the initials given to the Dutch national socialist movement by mistake. PVV, KKK and TBS (psychiatric prison) are on a short list of banned combinations.