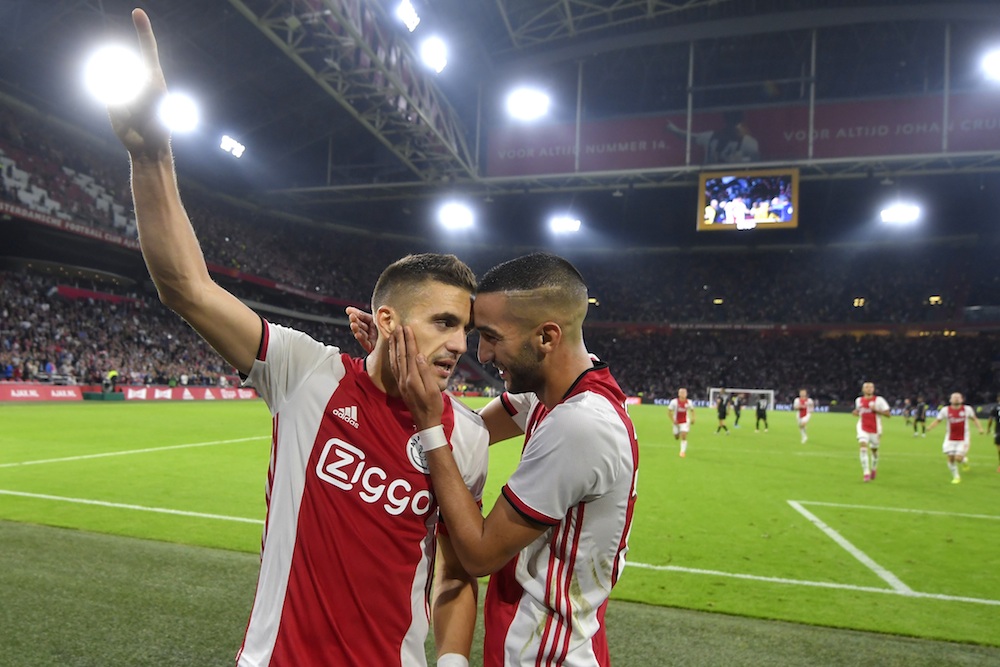 Amsterdam football club Ajax moves on to the play-off round to qualify for this year’s Champions League competition after a 3-2 home win over PAOK of Greece.

The hosts went behind early into the game, but Ajax fought back to score three times to seal the win. Two of the goals came from penalties put away by new captain Dušan Tadić, who missed one earlier in the match.

The Dutch papers were quick to point out that Ajax is missing Frenkie de Jong and Matthijs de Ligt, both of whom have been sold this season. ‘The team lacked length, ruthlessness and organisation in the back, and control and creativity in the midfield,’ the Volkskrant said in its analysis.

Coach Erik ten Hag said after the game he was proud of his team for beating ‘the most difficult opponent among the non-placed clubs’.

‘That is a great compliment for the team who have grown together in short space of time,’ he said. ‘The spirit was fantastic’.

‘But there were a few things I was not happy about and that has to improve if you want to play Champions League,’ he said. ‘We were not compact enough and left big gaps in the midfield.’

Ajax will meet APOEL of Cyprus away on August 20 in the first leg of the playoffs.

Meanwhile, doubts still remain about the future of key Ajax midfielder Donny van der Beek, who was substituted just before the end of the PAOK match to great applause.

Van der Beek told reporters after the game he is ‘fed up’ with all the uncertainty about a possible transfer to Real Madrid. And before the game, Ajax director Marc Overmars told reporters he is assuming that the player will remain in Amsterdam.