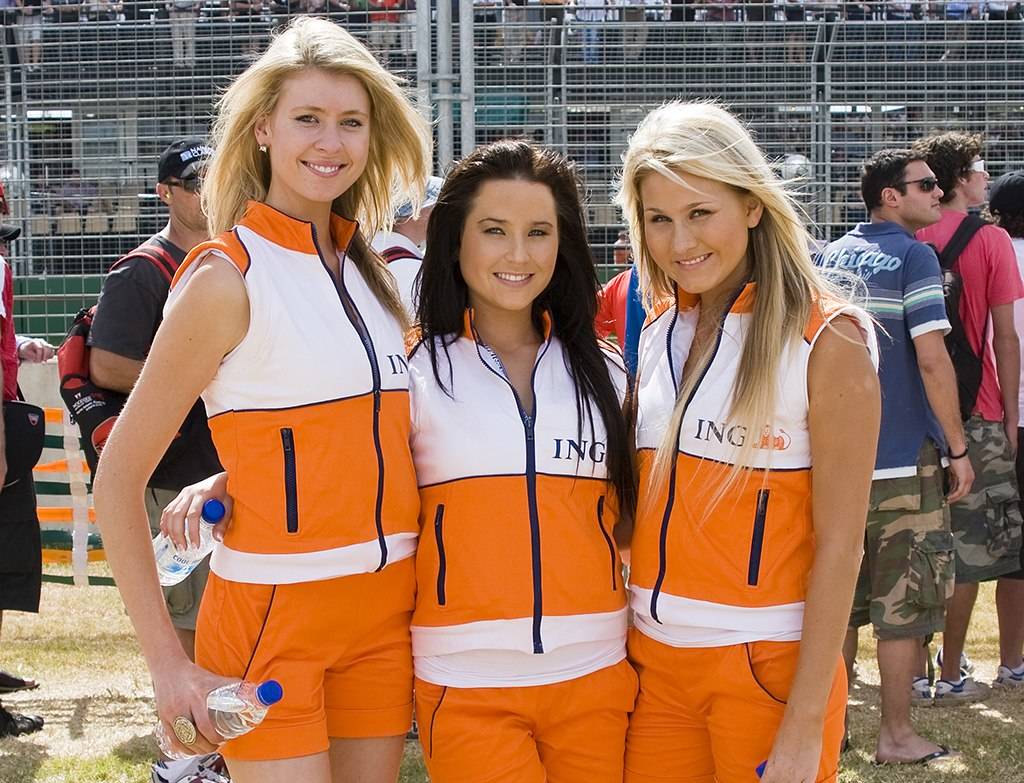 ING grid girls at the Australian GP in 2008. Photo: Lezbo007 via Wikimedia Commons

MPs from the ruling VVD and nationalist Forum voor Democratie have backed calls by Geert Wilders’ PVV for ‘grid girls’ to be part of the Zandvoort Grand Prix next year.

PVV parliamentarian Roy van Aalst put forward a motion to parliament on Tuesday describing the ban on grid girls – known as pit pussies in Dutch – as the work of ‘jealous social justice warriors’ and ‘major nags’ who see ‘pretty girls as a problem’.

The motion called on the government to write to the Formula 1 organisation to make it clear that grid girls are a part of Dutch motor racing tradition.

MPs from Forum, the VVD and Denk voted in favour of the move, although Denk MPs said later they made a mistake and should not have supported the plan.  ‘Something went wrong with the voting for 155 different motions this afternoon,’ a spokesman told broadcaster NOS.

VVD MP Rudmer Heerema told broadcaster NOS that ‘these sort of girls’ give a boost to events like motor racing. Other VVD MPs were reluctant to talk about the vote, NOS said.

The motion raised eyebrows on social media, with commenters asking if scantily clad grid girls are part of the Dutch ‘Christian Jewish tradition’.

Others pointed out that the PVV MP did not know what he was talking about, given that it was the Formula 1 organisation itself which banned grid girls in 2018.  At the time the organisation said using models on the starting grid did not ‘resonate’ with the brand values.