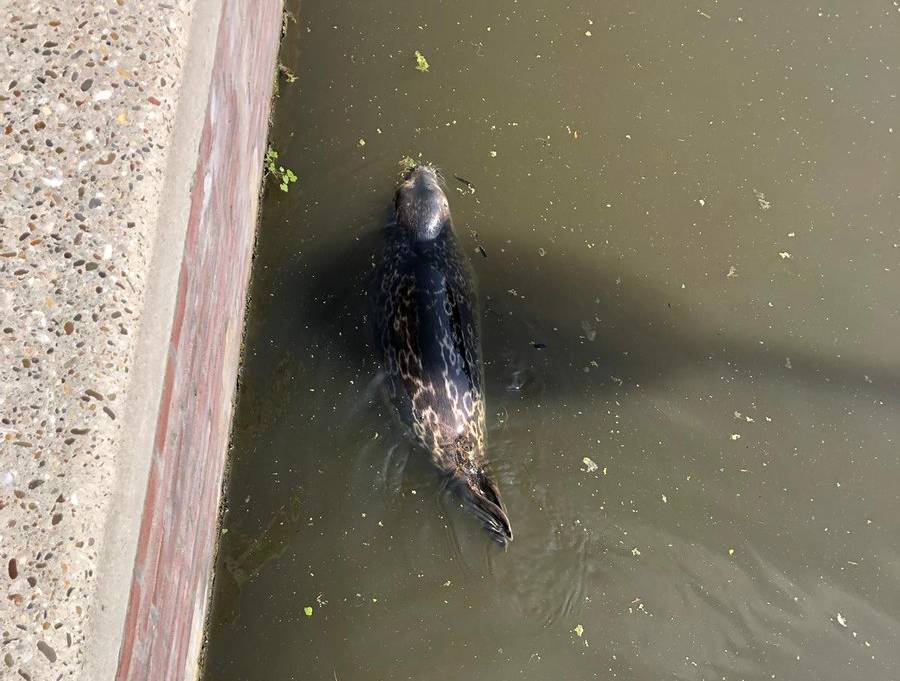 Animal rescue groups are trying to trace a seal spotted swimming in the Amstel river near Amsterdam on Sunday evening.

The seal was first seen by a sluice near De Kwakel in Noord-Holland province. There officials decided to open the sluice gates so the animal could continue towards Uithoorn and the IJ and back to the sea.

However, it was later spotted on the Amstel river near Amsterdam and then lost from view. A team of experts from animal rescue charity Eerste Hulp bij Zeezoogdieren is now trying to find the seal.

‘If we can spot it, we can estimate what condition it is in and if it is travelling in the right direction [to return to the sea],’ spokesman Sander van Dijk told broadcaster NOS.

‘Depending on its condition, we may also catch it and return it to the sea ourselves,’ he said. The animal is thought to be a ringed seal, a species which lives mainly in the Arctic circle.

It is unclear how the seal made it into the inland waterway system. Most seals in the Netherlands live off the Wadden Islands but some do live on the north sea coast.

In 2015, a seal was spotted swimming in the Oudegracht canal in Utrecht.