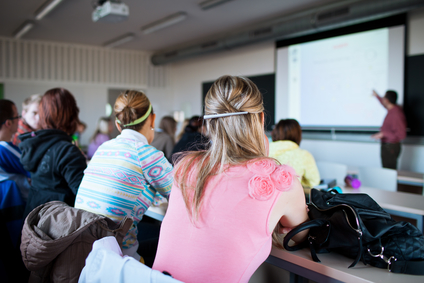 The fundamentalist Christian SGP has joined far right Dutch MPs in voting against a motion condemning a hotline set up to report left-wing bias in teaching.

School pupils and students are being urged to report ‘left wing indoctrination’ in the classroom to a special hotline set up by the nationalist political party Forum voor Democratie.

A motion stating that teachers should be able ‘to do their important work in peace and in safety’ was supported by the four coalition parties and most of the opposition in parliament on Tuesday.

However Forum, Geert Wilders’ anti-immigration PVV and the three SGP MPs all voted against.

The hotline was launched by Forum’s scientific institute, shortly before the party’s strong performance in last month’s provincial elections.

‘In the Dutch education system, pupils and students are being indoctrinated with the favourite political ideas of their teachers by the conveyor belt,’ the Renaissance Institute states on its website.

Hundreds of academics have also signed an open letter to the institute, outlining their concerns about the way party leader Thierry Baudet is attacking academics, journalists, artists and architects.

In his victory speech after the election, Baudet spoke out about the Netherlands ‘being destroyed’ by the people who are supposed to it. ‘We are being undermined by our universities, our journalists. By people who get art subsidies and who design our buildings,’ Baudet said.