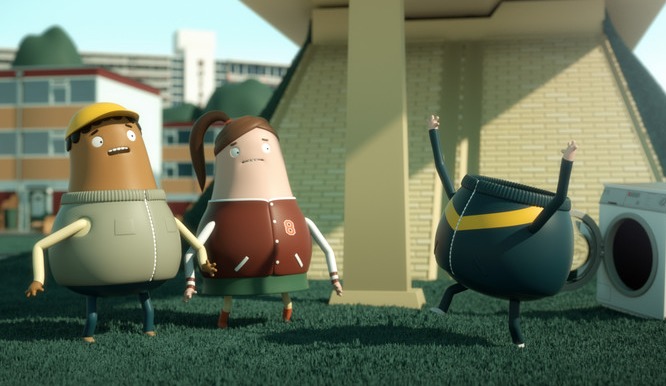 A still from the film. Credit: Viking Film

The film, by studio Job, Joris en Marieke, is about three friends with different cultural backgrounds whose lives change when their heads are swapped in a magic washing machine.

The voices of the three friends are from Nasrdin Dchar, Steye van Dam and Paulien Cornelisse.

Claire van Daal, of the Dutch Film Festival, told broadcaster NOS that Dutch children’s film makers are prepared to take risks. ‘They are not afraid to target sensitive little souls,’ she said.

‘Kop Op is a film with many layers,’ she said. ‘It is meant for children aged eight to 12 but I am middle aged and I thought it was fantastic.’

Job, Joris en Marieke were earlier in the international spotlight when their animation film A Single Life was nominated for an Oscar.