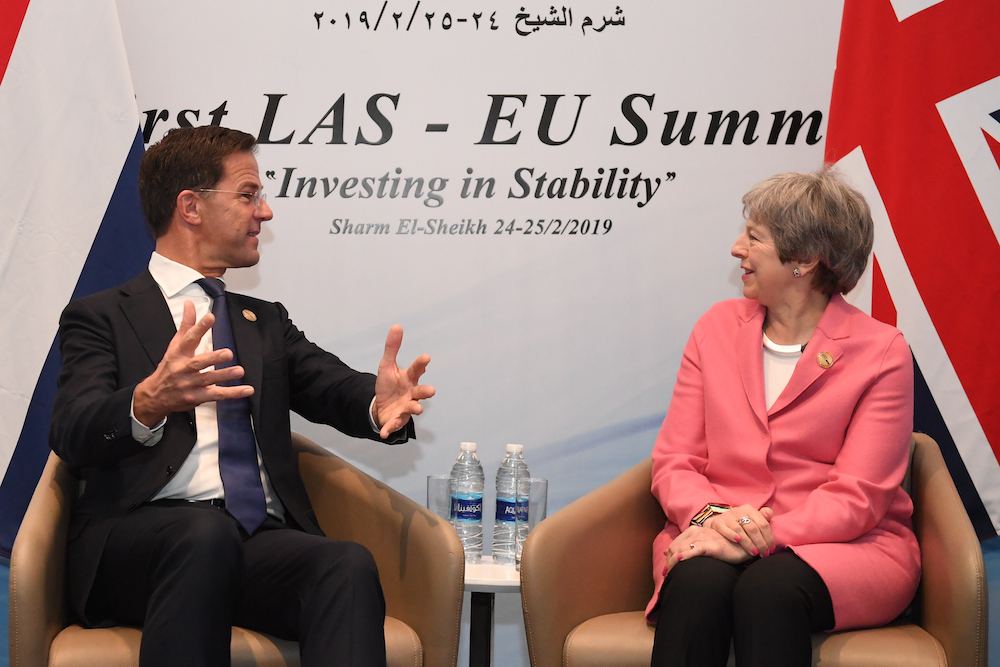 Mark Rutte and Theresa May during the summit. Photo: PA Images via HH

Dutch prime minister Mark Rutte has renewed his call to Britain to reach agreement on Brexit, describing the current British position as ‘unacceptable’.

Speaking on the fringes of a meeting between the European Union and Arab League in Sharm-el-Sheikh, Rutte told the BBC that the British parliament is ‘sleepwalking into a no-deal scenario’, a position he described as ‘absolutely unacceptable’.

The Netherlands is on of Britain’s best friends in Europe, Rutte said. ‘As best friends you have to be straightforward… it is four weeks before the end date and the UK has still not decided on a final negotiating position.’

Earlier this month, Rutte warned in an interview with leading European newspapers that a no-deal Brexit will have a ‘devasting’ impact on Britain.

Rutte said he was alarmed that Britain appears to be doing nothing to prevent itself crashing out of the EU.

‘At the moment the ball is rolling towards the Dover cliff and we are shouting “stop the ball from rolling any further” but nobody is doing anything at the moment – at least not on the UK side,’ the FT quoted Rutte as saying.